Discover Belfast’s links to its unique Titanic and maritime heritage following this trail from the Titanic Memorial Garden at Belfast City Hall to Titanic Quarter.

Begin your walk at the Titanic Memorial Garden at Belfast City Hall. The statue was dedicated in 1920 and moved to its present location in 1959. The memorial garden was designed around it and opened in 2012 to mark the centenary of the disaster. The five bronze plaques bare the names of all 1512 victims who perished in the disaster. It was the first time they were marked on a single memorial in the world. As well as this memorial, a bust of William James Pirrie, Chairman of Harland and Wolff, can be found in the garden. A statue of Edward Harland, one of the founders of Harland and Wolff can also be found in the grounds at the front of City Hall.

At the front of City Hall, cross the road and enter Donegall Place. Dotted along the street are 8 masts bearing the names of some of the ships built in Belfast. At the end of Donegall Place is Castle Place. Turn right here and follow the trail along High Street. The River Farset runs under High Street. The junction of Bridge Street marks the spot were Belfast began. As you look down the street there would have originally been quays on either side with boats moored up. Skipper Street harks back to the time when skippers of ships lodged in the buildings here.

At the junction of High Street and Victoria Street cross over to Queen’s Square where the Albert Memorial Clock stands. The ground which it was constructed on was marshy which gives the tower its famous lean. Continue past the Custom House and cross the road to Donegall Quay. At the quayside you can see many pieces of public artwork including The Big Fish and the Beacon of Hope, known locally as ‘Nuala with the Hula’. Join the footbridge across the Lagan Weir. At the end of the weir turn left and follow the quayside path under the Dargan Bridge and M3 Cross Harbour Bridge. In the distance is the SSE Arena. Follow the path around the back of the arena to Abercorn Basin.

Turn left at Abercorn Basin and follow the footpath in the direction of Titanic Belfast. Along the way you will pass the SS Nomadic located in Hamilton Dry Dock. This is the last remaining White Star Line vessel. Many famous passengers would have sat on the benches inside, including Charlie Chaplin. Titanic Belfast has been designed so that from any angle you can see the prows representing three hulls to signify the three sister ships. The building is roughly the same height as the vessels. To the right of the building is the Titanic Hotel, formerly the main office of Harland and Wolff.

Continue past Titanic Belfast to the slipways. On the ground is a plan of the upper deck. As you continue along the length of the slipway keep to the right. At the end of the slipway bear right and follow the path towards The Great Light. Once at the Light turn right toward the HMS Caroline. Continuing right, around the edge of the dock you will come to Titanic’s Dock and Pump House. At the rear of the building is the Thompson Graving Dock where the Titanic and its sister ships were fitted out.

Please note that an admission charge is applicable for entry to Titanic Belfast and SS Nomadic. Titanic’s Dock and Pump House has a separate admission charge. For details see www.visitbelfast.com

Cafes, restaurants and toilets available along the route 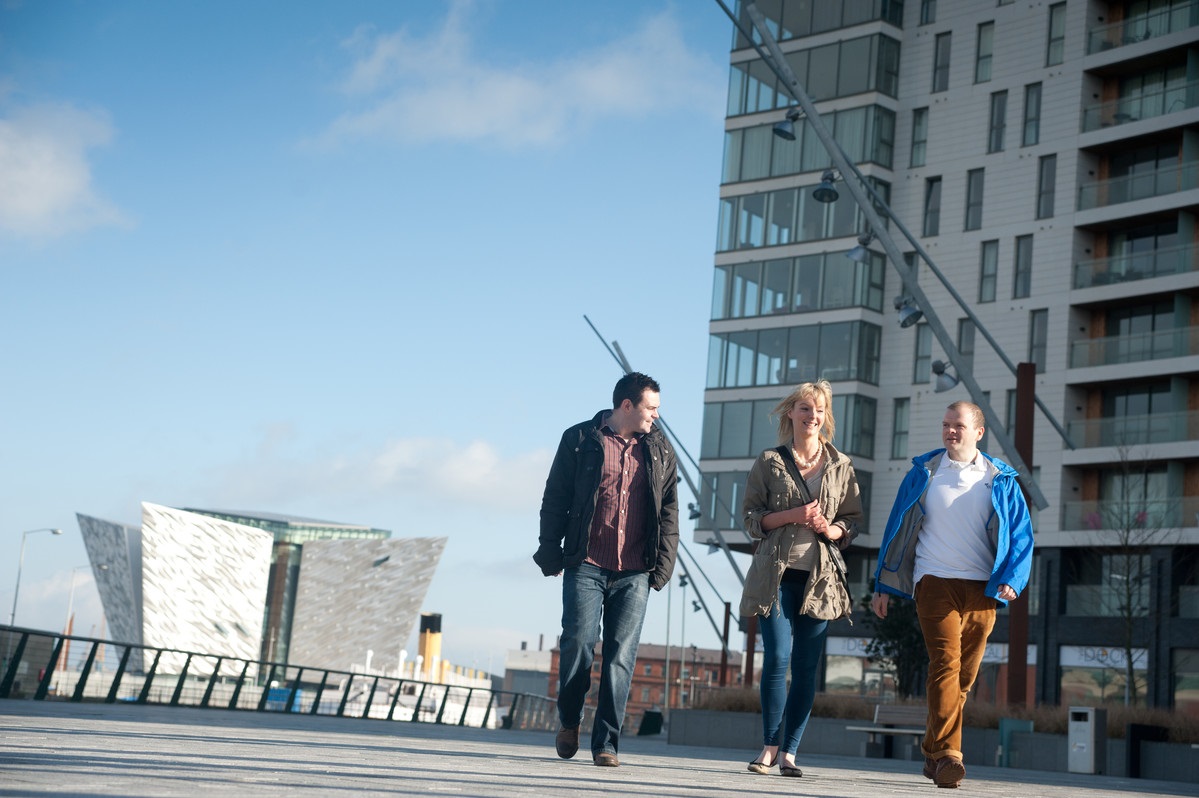 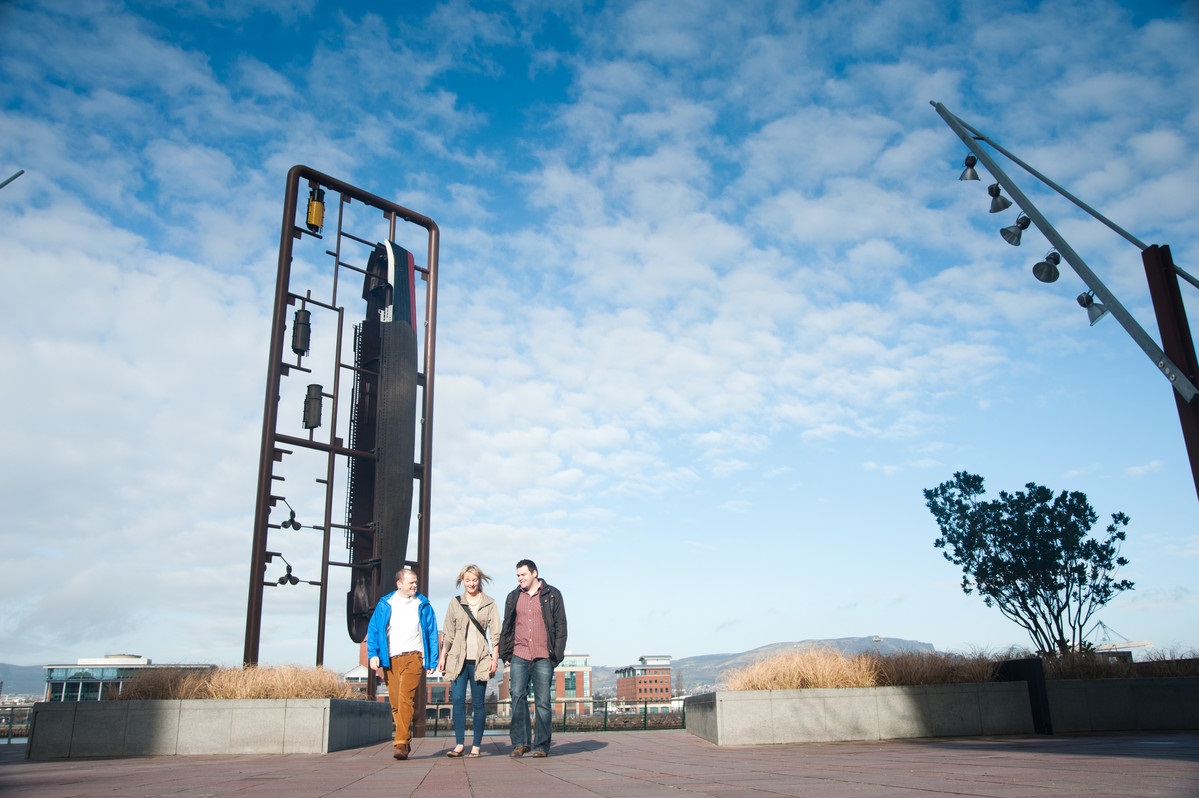 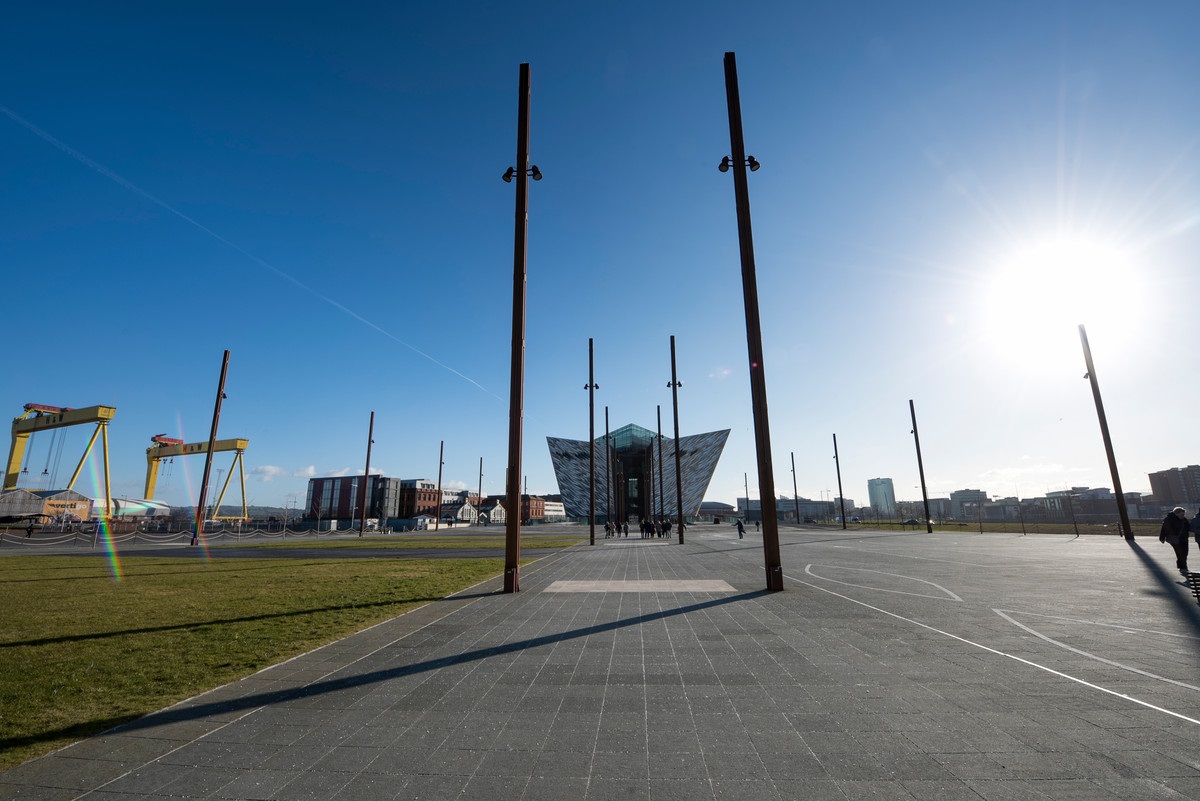 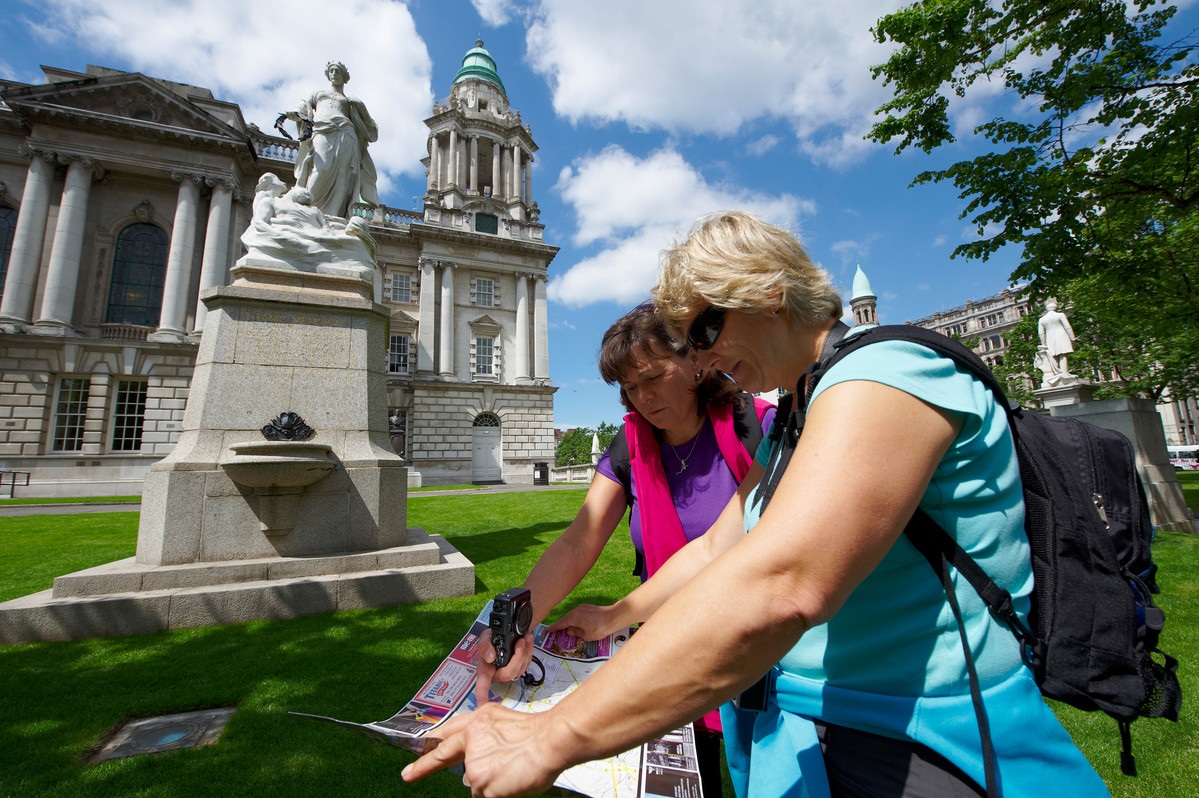 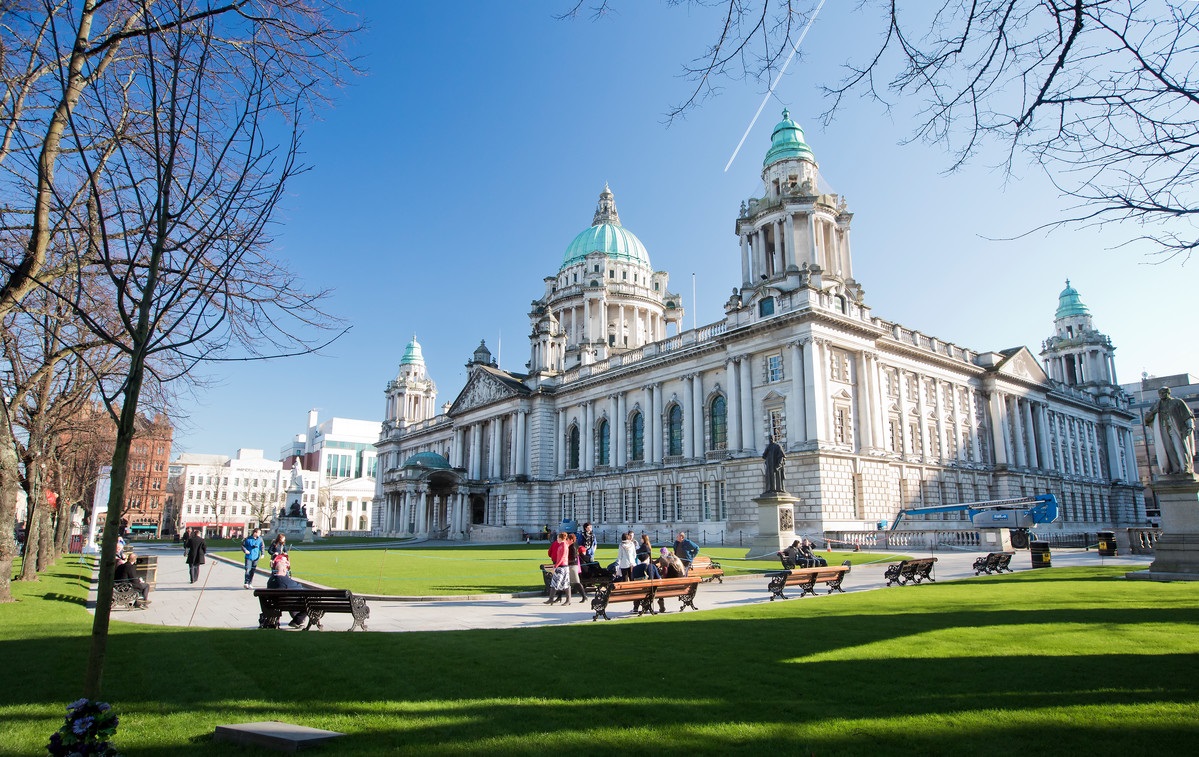