(One review) on “Newtownabbey Way”

Walking and cycling route linking Corr’s Corner to the shores of Belfast Lough at Whiteabbey.

The route can be walked in either direction starting at Corrs Corner or the junction of Glenavna Manor and the Shore Road at Belfast Lough. The description below begins at Corrs Corner.

Starting at the business park entrance off the Corrs Corner Roundabout, follow the path leading to the right after passing under the height barrier. The path is waymarked using the Sustrans Cycle Route 93 signage, and the Newtownabbey Way can be followed for most of its length using this signage. Continue along the wide flat paths passing through landscaped parkland until reaching the Mossley West Railway Station. At this point continue following the Sustans 93 cycle route signage directing you across the road and into the grounds of the Mossley Mill Civic Centre – care should be taken when crossing the road. There is also signage present showing an alternative route, should the Civic Centre be closed. The Civic Centre, a former flax spinning mill, was saved from demolition when Newtownabbey Borough Council bought it in 1996 and a major restoration and conversion project resulted in refurbishing the remaining mill buildings and creating a new state-of-the-art Community Arts and Cultural Centre capable of conferences, exhibitions, functions and arts and cultural events.

Continue walking through the Civic Centre, passing the Council Offices and the Theatre at the Mill on your right hand side. The Newtownabbey Way continues through an archway on your left. This section of the route passes by public art installations depicting Newtownabbey Heritage. The route continues before crossing a road, then descending to the Three Mile Water River via an accessible boardwalk. This section of the route continues to follow the Three Mile Water through a tree lined valley before reaching the Three Mile Water Conservation Park, an area of parkland popular with local walkers and the local angling club.

The end of the path through the park merges with Hawthorne Road.  Follow this to its end and bear left onto Bridge Road, leading you into Monkstown. Take care at the junction, cross the road and take the first left onto Cashel Drive. Bear right after 20 metres, taking the tarmac path opposite the play park.  Follow this route through the parkland and Monkstown Wood, managed by the Woodland Trust. Here you will find a mixture of habitats, including grassland, mature woodland and recently planted woodland. You will find at least 15 species of young native trees, over 8,000 in total  including oak, cherry, hazel, ash and rowan.

Continue to follow the path until reaching the impressive Bleach Green Railway Viaduct. The Viaduct was completed in 1933 to allow trains to run between Belfast York Road Station and Ballymena without having to reverse at Greenisland. Follow the route under the Viaduct, leading into Glen Park, another area of urban parkland in Newtownabbey. When the path forks, take the left path, leading onto Glenavna Manor, which joins the Shore Road at Whiteabbey, the end of the route.

Coming from Belfast, follow the M2 northbound, taking the exit for Larne at junction 4. Take the 3rd exit at this roundabout.

Dogs to be kept under close control. 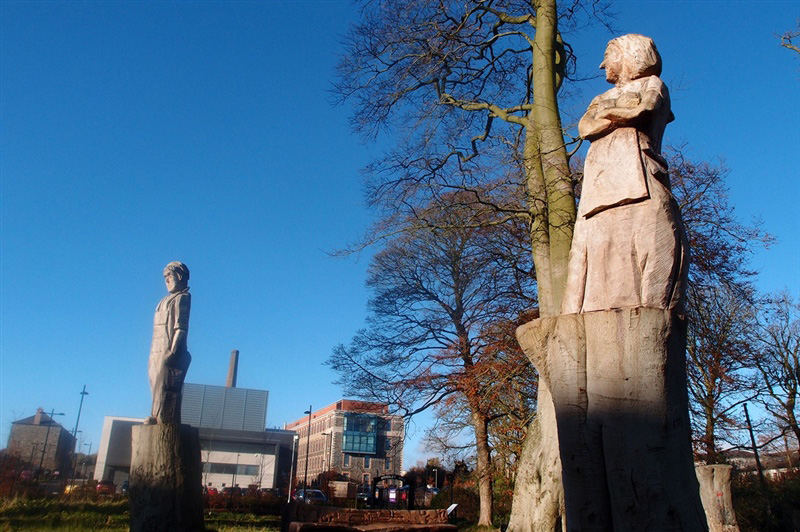 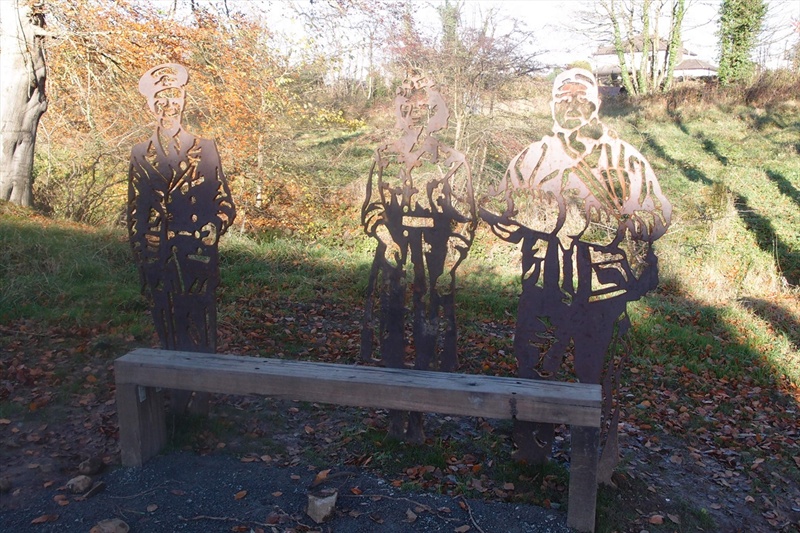 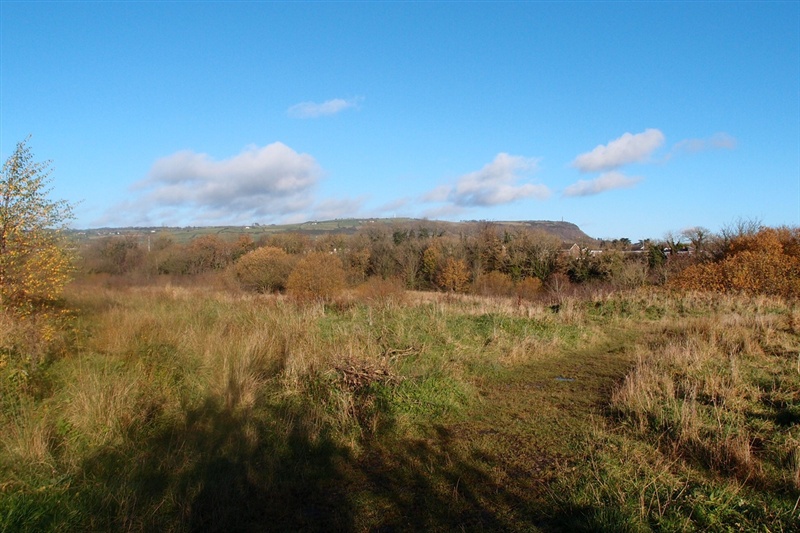 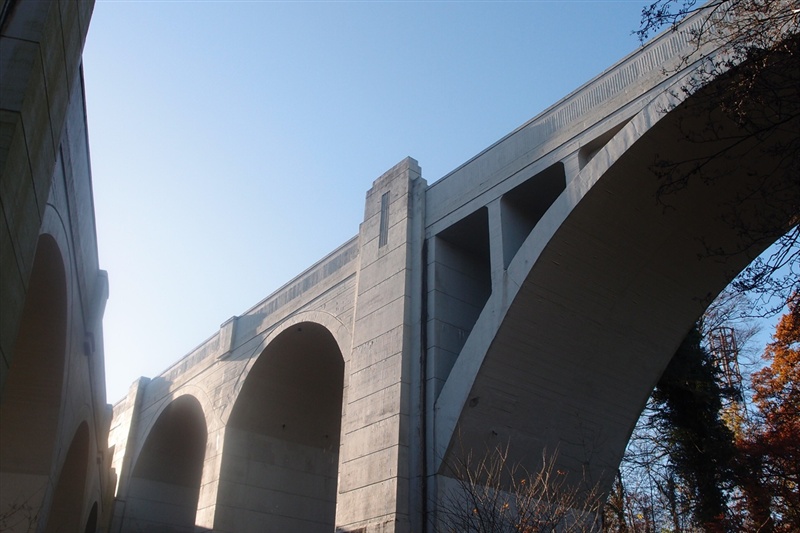 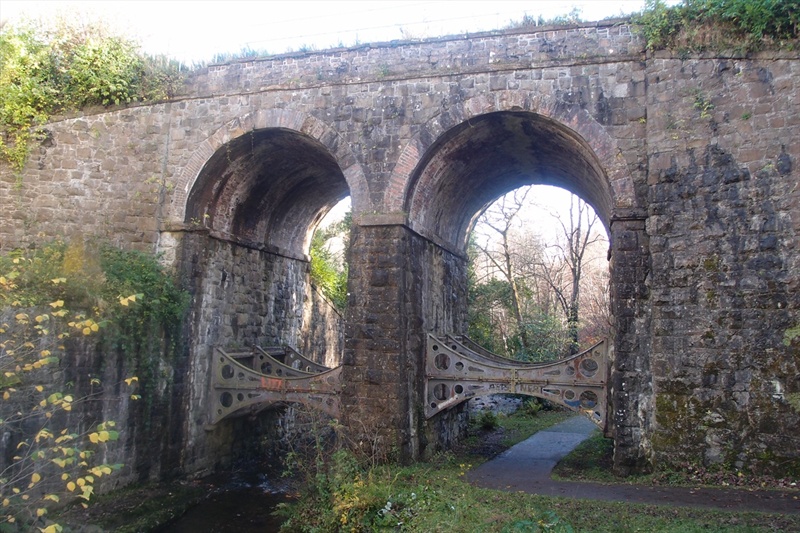 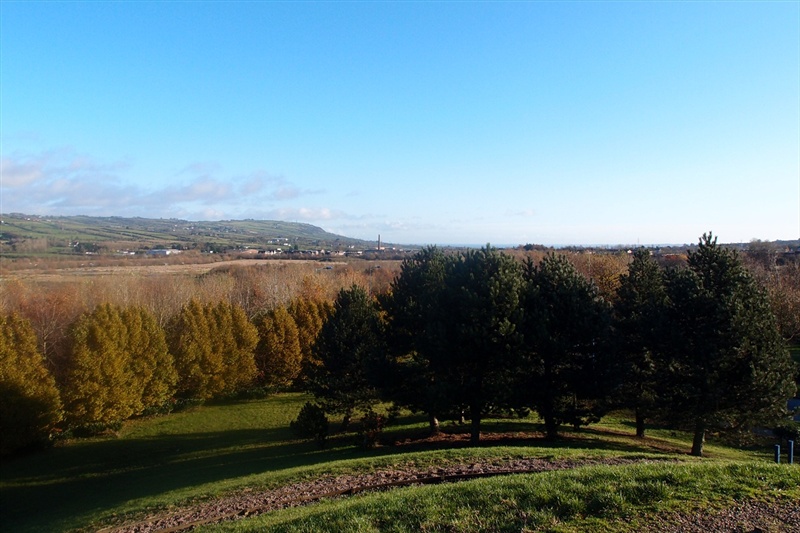 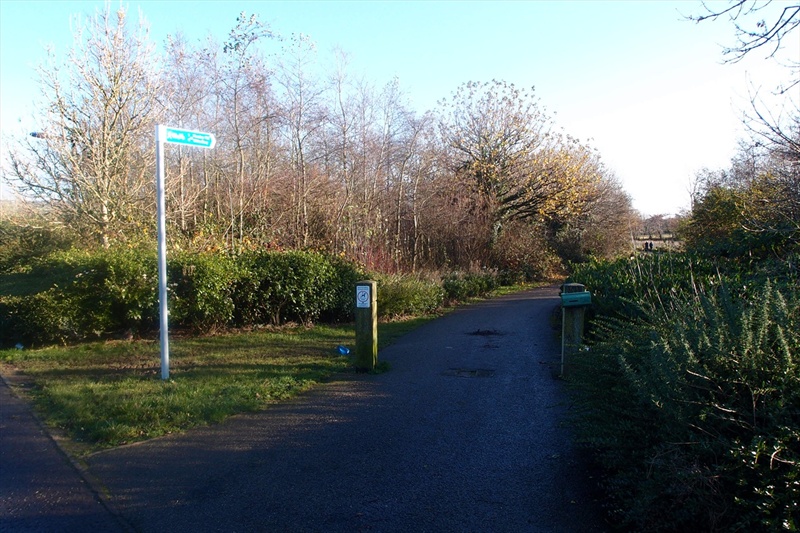