(One review) on “Loughbrickland Historic Trail”

Explore the attractive and historic village of Loughbrickland taking time to use the trail guide to appreciate the many attractive buildings in this quiet village.

The trail starts at the Lakeview Road car park, next to LoughBrickland lough, before following a safe underpass under the A1 to the village. The route outlined in the trail guide can be up to 4.65 miles – this includes an interesting off road section through the small village park and an option of following woodland trail and rough country lane in the privately owned Whyte’s Estate at the northern end of the village. Hopefully, the trail guide will prompt a desire to find out more about the rich heritage of this part of County Down.

The Loughbrickland HistoricTrail was developed as a partnership project between the former Loughbrickland and District Community Association, Loughbrickland Historical Group and the former Banbridge District Council (as from April 2015 part of the new Armagh City, Banbridge & Craigavon Borough Council) made possible with funding assistance from the Heritage Lottery Fund and assistance from the Probation Service for Northern Ireland and Dr Jean Whyte, owner of the Whyte Estate.

An interesting challenge – if using the guide – is to find the connection between Loughbrickland and Jane Austen!

From the car park a path leads down to the lakeshore with views, not only of the lake and its surrounding hills, but also of perhaps the two most significant early settlements in the area. The most noticeable is the ‘island’ in the lake, which is a Crannog. Crannogs were human made islands that first appeared around 500 AD in the Early Christian period, and many remained in use as late as the 17th century fulfilling a similar role of protection for people and livestock as that of the raths or forts that are so common on hilltops throughout the Loughbrickland and Scarva area.

The other site, just visible on the hilltop at the opposite end of the lake, is a rath known as Water Hill Fort (no public access) it differs from other raths in having a ditch inside its protective bank rather outside. This may to be a ceremonial site of some kind, which supports local folklore that this was the site of Bricriu’s Feast, one of the stories of the Ulster Sagas, after which Lough Brickland was named.

You can confine your walk to the village or the more intrepid can enjoy an off-road section by entering the Whyte Estate at the far end of Scarva Street and taking the option of a shorter or longer circular walk within the estate. The trails here can be muddy, uneven, with loose material on the surface and there are steps & gradients along both trails. Suitable footwear is recommended.

No admission charge and normally open at all times. However, Ballyvally Archery Club by agreement with the landowner use the woodland at the Estate for training and outdoor competitions. For public safety the route is closed on competition days which take place occasionally throughout the year. The Archery Club post advisory notices on site.

The woodland trail of approx. 0.90 mile (1.45 km) was extended with the opening of the Boundary Trail approx. 1.25 mile (2 km) in 2008. They can be combined to create an approx. 2.5 miles (4.02 km) circular walk. Public access to the estate is by kind tolerance of the owner under an agreement with the Council. Please stay on the designated trail within the estate as all other areas are strictly private. If you wish to report any problems with the trail please contact the Council’s Countryside Officer on 028 4066 0617.

The return journey is via the attractive local park with a newly refurbished play park. Located near the play area is an ‘analemmatic’ or ‘human’ sundial. This was originally installed as part of a community project to celebrate the Millennium in 2001. By standing on the appropriate month on the central stone of the sundial on a sunny day – with your back to the sun – you can tell the time. The trail up the hill, starting with steps and running alongside the wooded stream, leading to a pedestrian access to the village was originally made by local volunteers as part of the initial work on the trail development.

Returning through the underpass to the starting point take time to appreciate the Loughbrickland Historical Mural – ‘A Road to the Past’ on the far wall – designed & executed by Millennium Scheme awardee, Deborah Malcomson, in conjunction with volunteers from New-Bridge College and the former Loughbrickland & District Community Association – celebrating the rich history of the village.

The trail starts near the junction of the B3 with the A1 at a small car park on the shore of Lough Brickland. Travelling south along the A1 at Loughbrickland take the road signed for Rathfriland (Grovehill Road) and the first turn off on the right (Lakeview Road) a cul-de-sac which leads to the lake, a row of houses and a parking area.

Please keep under close control and clean up after your dog.

“Car park at Lakeview Road start of trail. Public toilets located in Loughbrickland Park, off the Poyntzpass Road in the village, approx. 0.25 mile from start of walk. Shops, garage and hot food and drink available in the village. If parking, when visiting the walk in the Whyte Estate, please park on-street as the small car park beside the Scarva Street gate lodge is private and serves the gate lodge which is available to hire. Loughbrickland Park covers just over 9 acres the park is set out in informal style with open grass areas, a small wetland wooded area, stream, play area, toilets and paths. The main access and parking area for the park is located off the Poyntzpass Road and the park also has two pedestrian accesses from Main Street in the village. Surrounding area: The F.E. Mc William Gallery & Studio, 200 Newry Road, Banbridge, County Down, BT32 JNB This facility houses an art gallery, sculpture garden, café and tourist information point. Opened in September 2008, the F.E. McWilliam Gallery and Studio is dedicated to the memory of the successful Banbridge born sculptor Frederick Edward McWilliam (1909 -1992). McWilliam is an internationally known sculptor of eclectic style – described as ‘An inventor of styles’. He was a contemporary of Brancusi, Henry Moore and William Scott. When he died his executors left his London studio and many examples of his work in different stages to the state with a view to it being displayed in his native town. The studio has been lovingly reconstructed by Banbridge District Council in a peaceful sculpture garden at this small modern gallery which houses many examples of his work. It is located approx. 2 mile from Loughbrickland, just off the A1, heading towards Banbridge. Join the A1 for a short distance taking the first exit (A26) to Banbridge. Follow to roundabout and pick up signage for the Gallery & Studio here (it is located next to this roundabout). Free Admission. Open Monday to Saturday only 10.00 am to 5.00 pm. Sundays (June, July & August only) 1.00 pm to 5.00 pm

Lisnagade Fort: the only large triple-ringed earthwork recorded in County Down. It is a State Care monument located approx. 200 metres across a field (in agricultural use) off the Lisnagade Road, a couple of miles NW of Loughbrickland. (Grid ref: J087441). Leave the village via Scarva Street. Beyond the village boundary take the 2nd road on the right, the Lisnagade Road – continue north thru x-road for approx. ½ mile, looking for a small lay-by and pedestrian gate on the left. The fort is located towards the junction of the Lisnagade Road with the B3 Scarva/Glenloughan Road. To visit Scarva continue along the road to its junction with the B3, turn left onto this road and follow to the village. Scarva Village & Newry Canal Towpath: The small village of Scarva is located along the former Newry Portadown Canal. It is located about 3.7 miles or 10 minutes drive west of Loughbrickland along the B3. The towpath forms part of the Newry Canal Way and provides an excellent flat cycle or walking route. The village also has an attractive park located next to Scarva Primary School, off Main Street.” 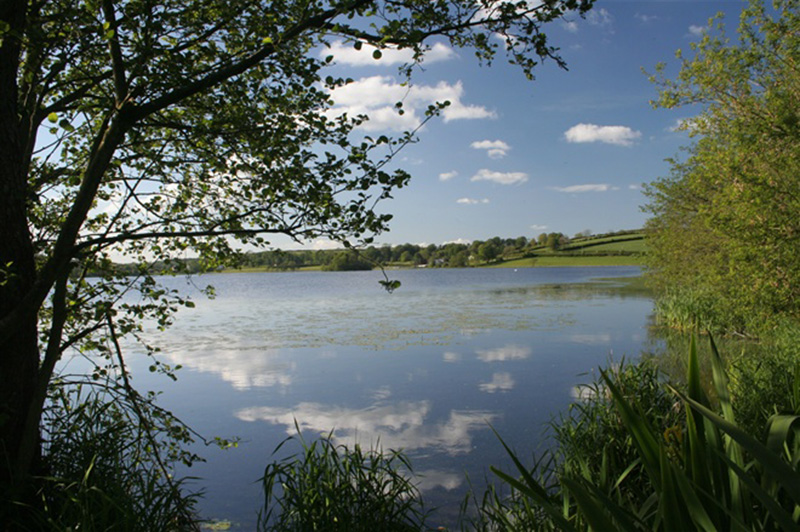 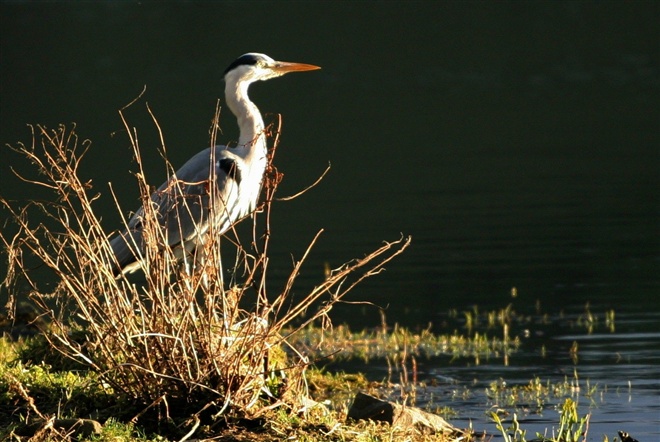 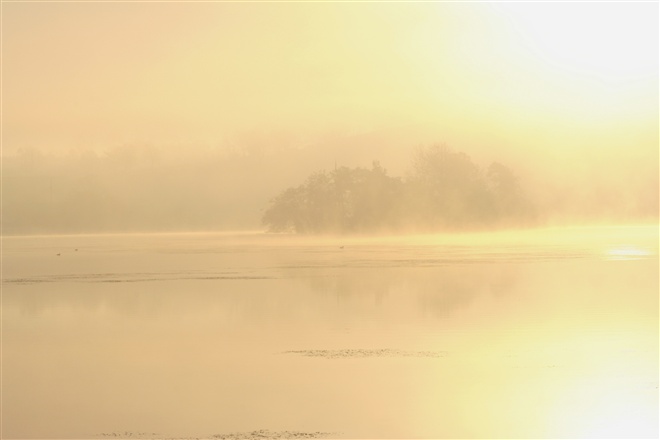 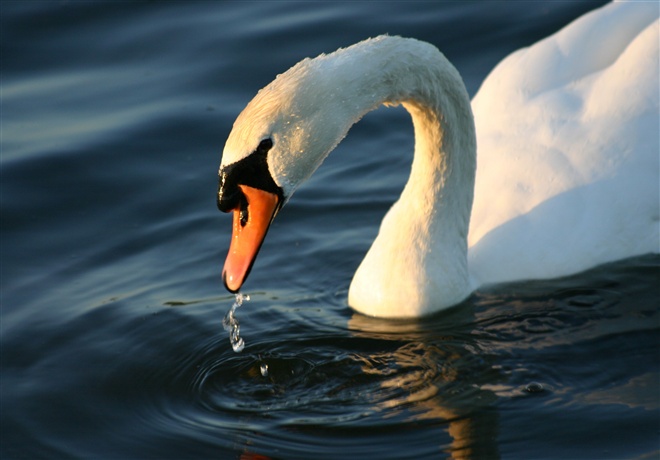 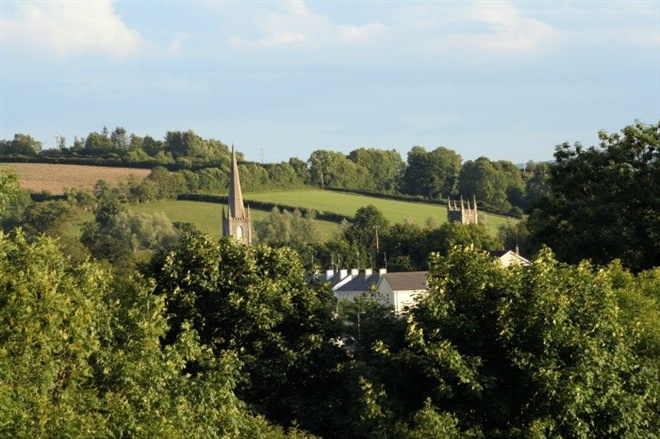