(One review) on “Glen River”

This walk follows a popular route leading to the summit of Slieve Donard (850m), Northern Ireland highest mountain. From Newcastle it ascends through the woods along the Glen River and climbs 3km to the head of the river valley, high on the slopes below Slieve Donard ad Slieve Commedagh (765m). From here the path continues to the Saddle (the col between Donard and Commedagh) from which point either summit can be reached.

Begin in Donard Park, walk to the rear of the car park, keeping to the right of the Glen River to enter Donard Wood (300m). Once in the wood the path ascends for 150m until it meets Donard Bridge.

Cross the bridge onto the rivers left side. After 400m arrive a second bridge. Recross the river into its right hand side and continue upstream

After a further 400m a third bridge is reached. Remain on the right bank and continue 150m to a stile marking the beginning of the open mountainside. Follow obvious track above course of the Glen River for 2km.

Perched on the opposite bank of the river is an igloo-like stone structure. This was an ‘ice house’ built by the Annesley Family (former owners of Donard Park) and functioned as a primitive fridge. Below the ice house a tributary joins the Glen River after cascading down a dark rocky cleft (known as the Black Stairs) on the side of the nearby Thomas’s Mountain. .

Cross the river at a narrow point. From here the path climbs more steeply to reach a saddle (and the Mourne Wall) after 500m. This has recently undergone extensive path repair by stone pitching. Please keep to the path.

From the saddle, both Donard and Commedagh can be reached by following the Mourne Wall uphill to either peak.

Slieve Donard dominates the whole of south –east Ulster. On a clear day the view from its summit extends beyond the sweeping arc of Dundrum bay as far as the Mountains of southwest Scotland, northwest England and the Isle of Man and Snowdonia in Wales. The mountain is named after Domangard, a local chieftain who became a disciple of St Patrick and is believed to have built a stone prayer cell on the summit.

Next in stature to Donard, Slieve Commedagh lacks its sister’s peak commanding coastal position, but offers a magnificent view south over the wilderness of the Annalong Valley and a panorama across the entire range of Mourne peaks.

You have now reached the highest point of the walk.

After pausing and enjoying the view, turn and retrace your steps back downhill to Donard Car Park.

Donard Car park lies at the southern end of the town of Newcastle.

Car park has toilets. There are a range of places to eat and shop in the town of Newcastle. The following facilities are available for users with limited mobility: – Disabled parking – Disabled toilets 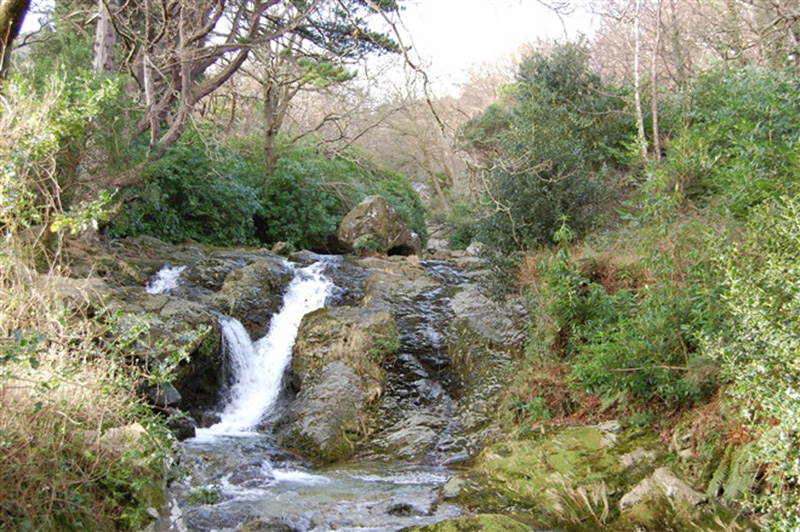 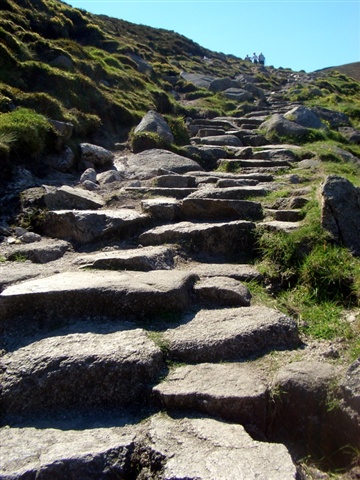