Giant’s Causeway, renowned for its polygonal columns of layered basalt, is the only World Heritage Site in N Ireland. Resulting from a volcanic eruption 60 million years ago, this is the focal point for a designated Area of Outstanding Natural Beauty and has attracted visitors for centuries. It harbours a wealth of local and natural history. Other noteworthy items include: a Spanish Armada shipwreck site (‘La Girona’) & many traces of the legendary giant – Finn MacCool.

From the visitor centre, follow a tarred roadway & footpath which descends down a steep slope, until you arrive at ‘The Stookans’ or Windy Gap, as locals refer to it – evident as here the walker is exposed to the wild Atlantic elements. From here continue along the tarred roadway (always taking care to mind the popular tourist shuttle bus service) and quickly the first signs of the hexagonal causeway stones will appear.

The Giant’s Causeway is made up of 3 promontories – the Little Causeway (1st feature the walker meets), the Middle Causeway (better known as the ‘Honeycomb’) – which has spectacularly precise hexagonal features, followed by the The Grand Causeway. In this immediate area, evocative place names & features abound – Wishing Chair, Wishing Well & Giant’s Gate (all connected with Finn MacCool folklore).

Many tourists on strict time operator deadlines, rarely go beyond the stones, but for this walk negotiate the Giant’s Gate & proceed into Port Noffer (The bay of the giant). Here a different world exists, with marginally more sheltered conditions allowing more diverse maritime meadows & saltmarsh vegetation to establish. Cast an eye for Sea aster, Yellow iris & other rich plant life. Meadow pipits & many warblers in summer can be found – with sedge warblers & grasshopper warbler not uncommon. And high amongst the crags – the dominant birds are nesting fulmars, and an occasional lone pair of ravens. Passing the Giant’s Boot, climb up the slope to what looks like a giant church organ (in geological terms – huge columns of basalt make the ‘organ pipes’, hence the local name of ‘The Organ’. From here the cliff path continues past ‘The Organ’ for another 400 yards to the headland. At the point of the headland, there is a viewing platform which looks into the spectacularly named ‘Amphitheatre’. Here all manner of lava flows can be observed, aswell as the dynamic nature of the cliffs. Look for the Giant’s Harp & Eyes? At this point the cliff path is closed off for safety reasons, due to unstable cliffs (a number of significant rockfalls occurred here in 1994). From here, return to The Organ, and instead of retracing your steps to the stones climb the steep path, with lots & lots of steps. Known as the Shepherd’s Path, these 162 steps will take you to the cliff top & on to the North Antrim Cliff Path. At the top of the steps, turn right and after half a mile you will be back at the visitor centre & car park – You may even have earned a ‘Finn MacCool Steak’ at the Causeway Hotel for your efforts at completing this iconic Irish walk!

Must be kept on a lead 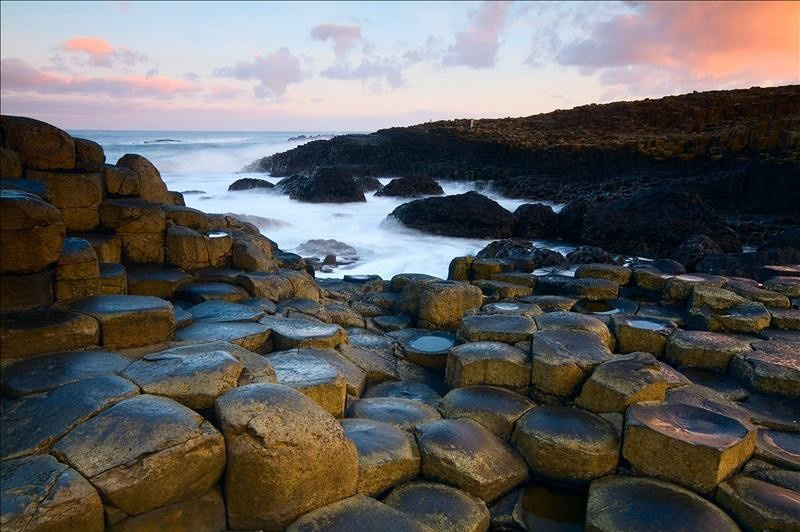 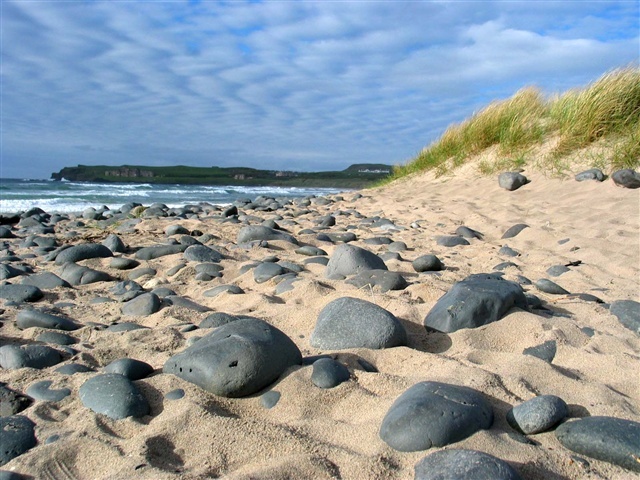 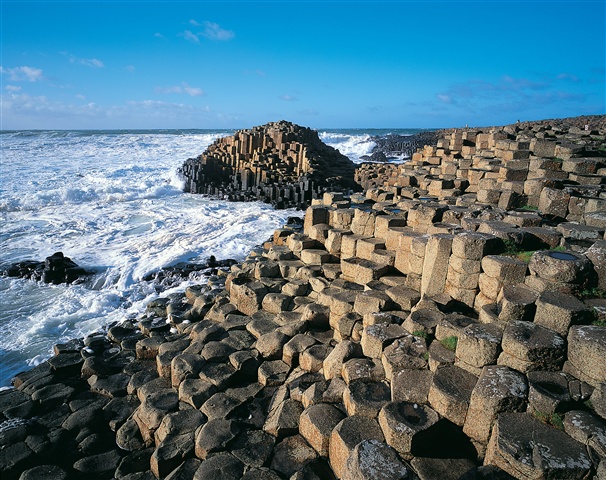