Linear walking route across the northern strand of Strangford Lough. The route crosses the sea defenses that protect reclaimed lands to the south of Newtownards.

Starting at the car park head west across the footbridge over the floodgates and onto the embankment. The story of the original plan for the embankment is that a Dutch engineer was employed to build it. It was hoped that this would then encourage a Dutch settlement at Newtownards during the reign of William and Mary. The present embankment was built in 1811 by Lord Londonderry of Mount Stewart and reclaimed 200 acres of land from the sea shore. This area was turned into arable farmland.

This is the most northerly point of Strangford Lough, at the foot of Scrabo Hill. The flat land was later developed into an airfield. The sea defences were upgraded in 2000 to protect the town of Newtownards. Care was taken to minimise adverse effects on the environment and monitoring is ongoing.

There is a story that when the airfield was being constructed local farmers brought carts of stones to provide the hardcore for the runways. There were two entrances to the airfield; one on the Portaferry Road, the other on the Comber Road. Some of the more ingenious would bring their carts to the Portaferry Road get a ticket for their loads and leave by the other gate with the load covered and go around the block for a second ticket which meant they got double the money!

From Newtownards follow the Portaferry Road. Immediately after the junction with the Old Shore Road the car park is on the right. 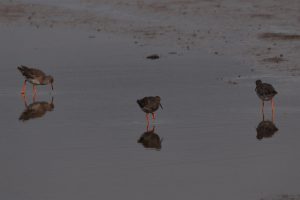 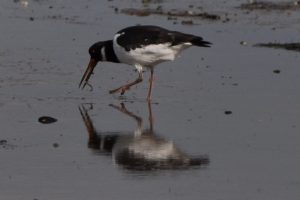 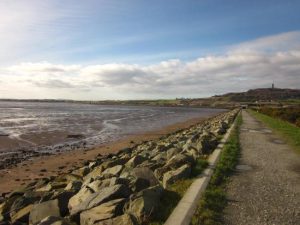