The suggested walk contains a number of variations. You can simply saunter in Solitude Park with its themed short walks and riverside location. Or you can extend your walk by following the riverside path from the nearby Banbridge Leisure Centre to the Dunbar Road. Here you have the option of extending the off-road section of the walk by following a tree lined perimeter walk at Havelock Park Athletic Grounds. From here you could return to your starting point or extend your walk via the Lurgan Road back into the town which creates a circular walk. The route includes part of the Banbridge Highway to Health Walk.

Nearly everyone is familiar with the song "The Star of the County Down" which is closely associated with the town of Banbridge and goes:

"Near Banbridge town, in the County Down

One morning in July

down a boreen green came a sweet colleen,

and she smiled as she passed me by."

The River Bann rises in the Mountains of Mourne and flows through the town on its journey to Lough Neagh. The river has been integral to the historic wealth of the district and the thriving town of Banbridge in particular. Originally called Ballyvally the current name arose from the erection of a bridge over the Bann in 1712, on the creation of a new line of road from Dublin to Belfast. The old road passed a little to the north crossing the Bann at Huntly Glen by a ford, through which not only the 'sweet colleen' of the song is said to have passed but the army of Wm. III in 1690, on its march to the Battle of the Boyne.

The growth of the linen industry in the 18th and 19th centuries was essential to the economy and prosperity of the district. At this time the Upper Bann between Banbridge and Gilford was one of the most intensively used rivers in Northern Ireland and river banks were dotted with all sorts of linen manufactories. With the decline of the linen industry in the 20th century the mills gradually closed. Only one local firm remains in production.

Begin your walk either in the town centre, at the Rathfriland Street entrance to Solitude Park or at Banbridge Leisure Centre, off the Downshire Road. Solitude Park is well worth visiting. It takes in around 10 acres in a central riverside location in the town. As well as tranquil open space with beautiful mature trees it offers short circular walks, a playpark, event space, canoe steps, benches, picnic tables, toilets and public art. The art pieces in the park are themed around the former land use of railway and linen production. A huge, steel sculpture of a flax flower makes a striking statement near the river. There are access points to the park off Bridge Street, Rathfriland Street and the Castlewellan Road.

You could either just do a circular walk around the park or could make your way towards the Bridge Street exit/entrance of the park by whichever way you choose to extend your walk along the Banbridge Riverside Walk. Crossing Bridge Street at the pedestrian crossing look left towards the Downshire Bridge (erected 1834 & rebuilt 1885) and the Market House (1834). The latter underwent substantial refurbishment/restoration in 2012. This now houses the Tourist Information Centre. The building is known locally as the 'Old Town Hall' and is located beside the 'The Cut' running under the Downshire Bridge. This was an early underpass constructed in 1834 to create a gentler gradient for the horses that pulled the mail coaches.

Cross the street at the crossing and walk towards the Imperial Inn on Bridge Street and take the sunken path alongside to Downshire Place following the line of the old railway which ran out of what is now the park and under Bridge Street to emerge here. This follows the line of the former GNR railway which ran along the river to Ballyroney and then Newcastle. Walk downhill adjacent to the grounds of the Civic Building. You can visit the memorial to a native of the town, Joseph Scriven (1819-1886), writer of the world famous hymn 'What a Friend we Have in Jesus' in the grounds. Continue to the junction with Downshire Road, taking a L. You will see the Leisure Centre on the R, opposite the Civic Building (the Council offices).

The riverside walk starts in front of the Leisure Centre and is approx. 1.06 mile (return) to its end at Dunbar Road. The centre is built on the site of the former railway goods shed and the conical shaped object in front is part of the old railway turntable. The walk was laid out in the 1980's along a short section of the line of the former Banbridge Junction Railway which ran between Banbridge and Scarva from 1859 to 1956. 3 former railways converged in Banbridge - the Banbridge, Lisburn & Belfast (BLBR), the Banbridge Junction and the Great Northern. The former BLBR station was located on what is now the Ulster Bus depot site near the mini-roundabout on the Downshire Road/Huntly Road.

To avoid steps you can finish your walk at the small open space at Huntly Play Park returning to your starting point (approx. 0.88 mile/1.41 km return from leisure centre). To do a circular walk (which includes 2 sets of steps) continue to the end of the riverside walk at 10 steep steps leading to the Dunbar Road. Take a R down the Dunbar Road (a no-through road) towards the river and an ancient fording place. Cross over Dunbar Bridge (there is a short set of sets leading onto the bridge), named after one of the area's linen barons - cross over the line of the former railway - there once was a level crossing here where the line crossed over the river into Huntly Wood, now a conservation and amenity area managed by the Council.

Continue along Kiln Loanin' towards Havelock Park. Excercise care along this unadopted road as it used for access by lorries and cars. The surface can be uneven so exercise caution. Kiln Loanin' runs past Havelock Park and you could take in a circuit along the pleasant, tree lined walk around the perimeter of the park (approx. 0.58 mile) and then retrace your steps to your starting point or continue to the Lurgan Road, turning R towards the town (gives a walk of approx. 1.64 miles return from Banbridge Leisure Centre - excl. the Havelock circuit).

As you enter the town from Church Square you will pass Seapatrick Parish Church and the striking monument to Captain Crozier (1776 - 1884) who bravely voyaged in artic seas and lost his life in search of the North West Passage. It stands in front of his birth place, Avonmore House, which is marked with a blue plaque. Cross over the Water Bridge taking the road over the River Bann from which the town was named. Either continue along Bridge Street or turn into the Downshire Road to return to your starting point.

Point of Interest
Get off the beaten track in Banbridge - natural and built heritage along the 'Banks for the Bann'
Public transport
Translink - journeyplanner.translink.co.uk
Dog Policy
Dogs should be under control at all times
Facilities
Car parking and toilets at Solitude Park and Banbridge Leisure Centre. Cafe at Banbridge Leisure Centre and shops and cafes in the town. Attractions within a short drive include: The F.E. McWilliam Gallery & Studio, 200 Newry Road, Banbridge, County Down, BT32 3NB.Located just off the A1 and opened in September 2008, the F.E. McWilliam Gallery and Studio is dedicated to the memory of the successful Banbridge born sculptor Frederick Edward McWilliam (1909 -1992). McWilliam is an internationally known sculptor of eclectic style – described as ‘An inventor of styles’. He was a contemporary of artists such as Brancusi, Henry Moore and William Scott. When he died his executors left his London studio and many examples of his work in different stages to the state with a view to it being displayed in his native town. The studio has been lovingly reconstructed by Banbridge District Council in a peaceful sculpture garden at this small modern gallery which houses many examples of his work. Admission is free and facilities include a cafe, gift shop and tourist information. Opening hours: Monday- Saturday 10.00am-5.00pm Sunday: Closed Fergusons Irish Linen Centre : A visit to Thomas Ferguson Irish Linen offers visitors a rare opportunity to see Irish linen at its various stages of production. These include design, weaving, specialist cutting and hemming and ornamenting. The Ferguson Irish Linen Centre tells the story of linen production through interpretative material. Visitors can purchase products from the Centre's fabulous linen collections. The Linen Centre is open to the public during the times specified below and no appointment is necessary. The Linen Centre is open as follows: Opening Times Monday-Thursday 9.00am - 4.30pm Friday 9.00am - 12.15pm Factory Tours The tour costs £6.00 per person (for 1-2 people), £4.75 per person (for 3-5 people), £3.75 (for 6-20 people) and £3.00 per person (for 20+ people). The tour lasts for about 45 minutes and is not suitable for children under 7 years. Appointments are recommended for tours. Contact: Fergusons Irish Linen Centre 54 Scarva Road, Banbridge, Co. Down BT32 3QD T: 028 4062 3491 F: 028 4062 2453
Accessibility Grade 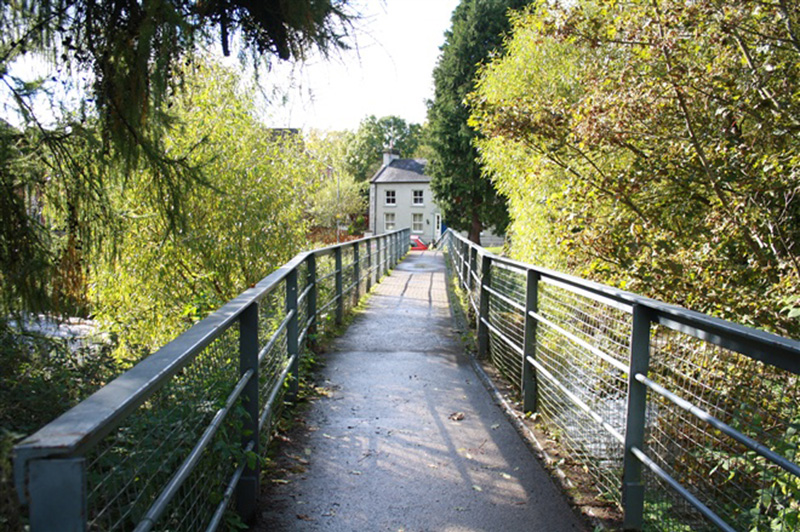 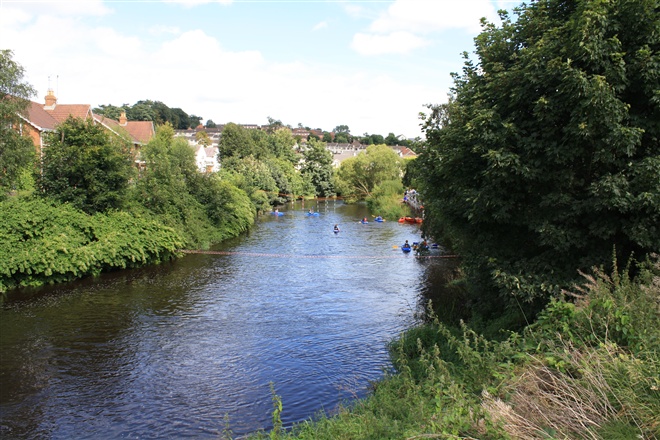 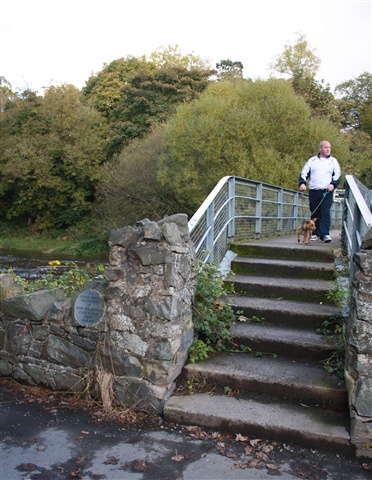 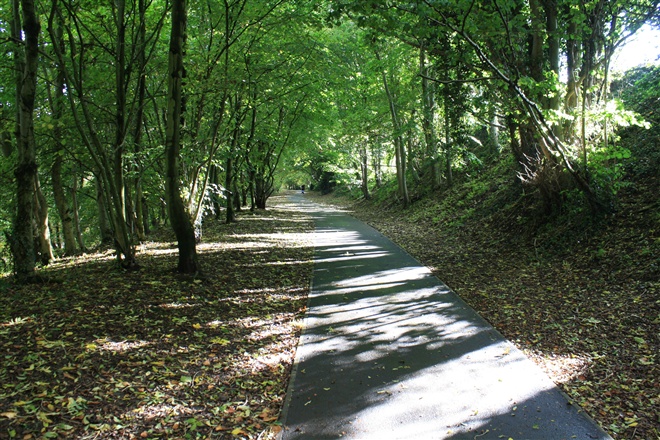 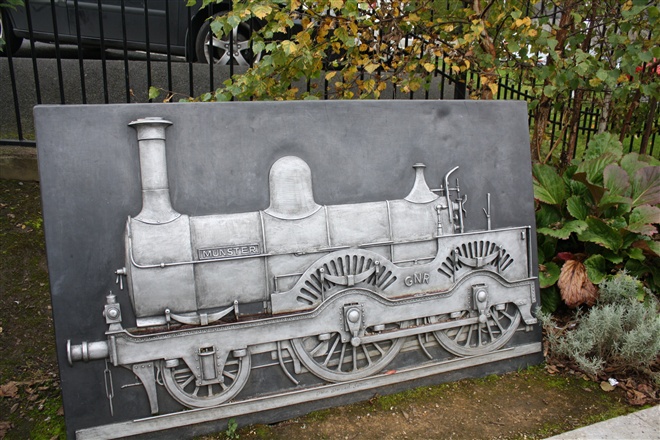 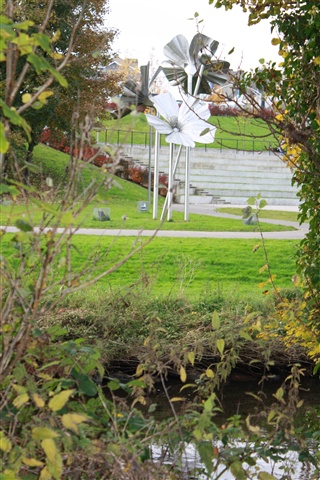 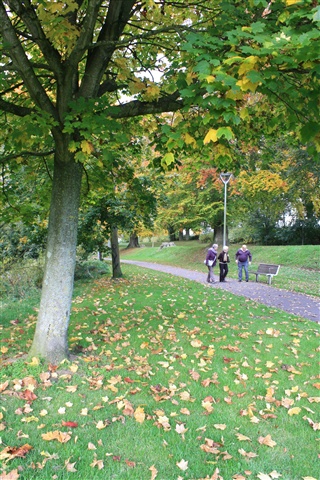 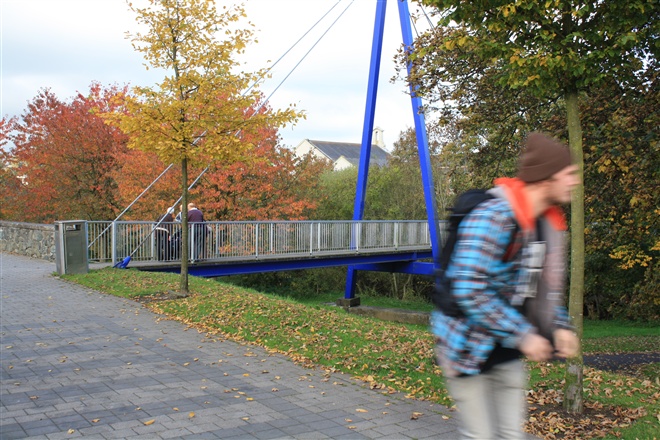 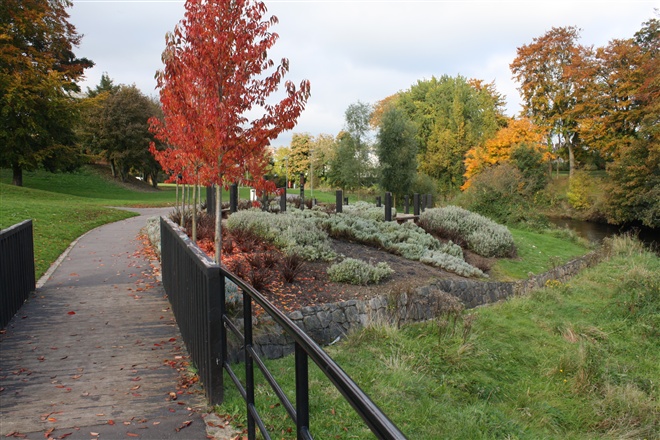 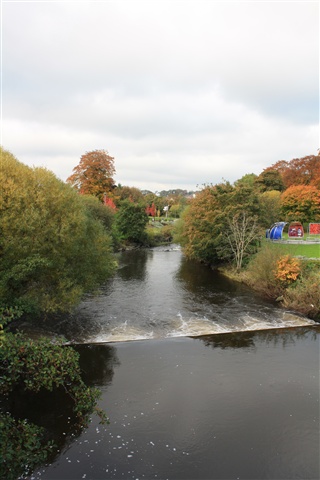