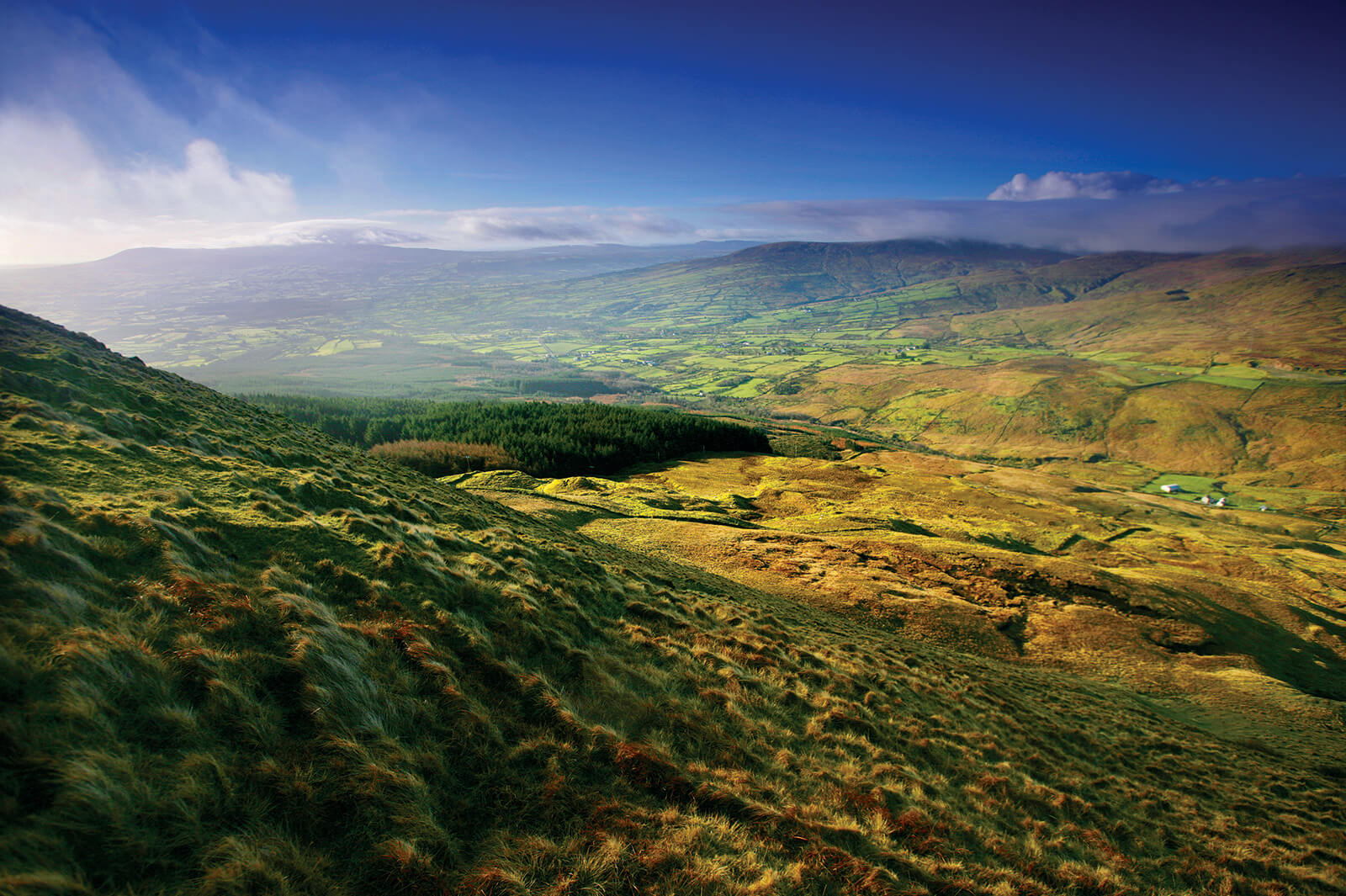 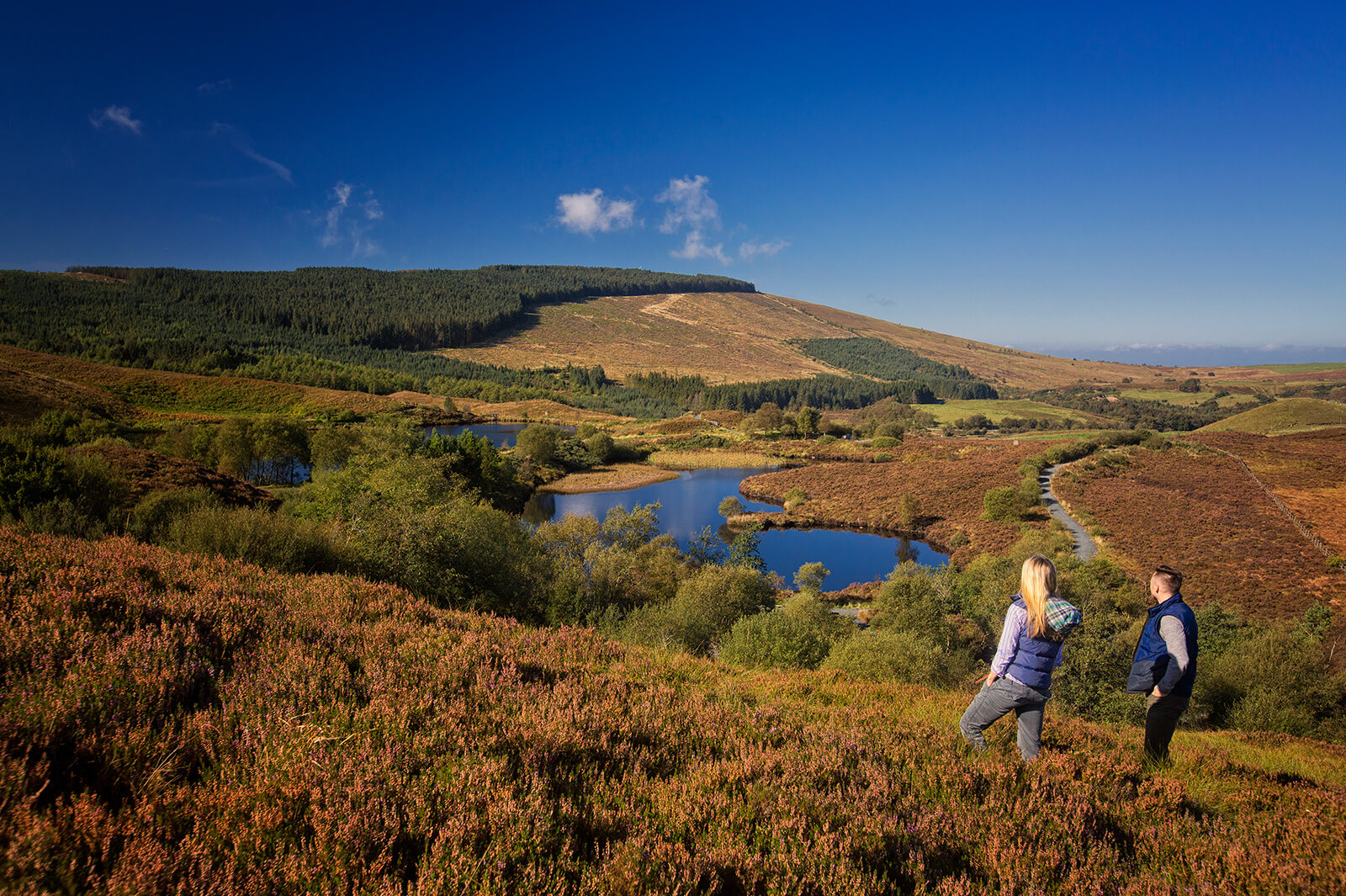 The Sperrin Mountains, stretching along the border of counties Tyrone and Derry, can best be described as wild, untouched and beautiful. Spanning 40 miles, the Sperrins mountain range is the largest in Ireland. Walkers can expect undulating hills covered in heather, quiet valleys, boggy uplands and a land teeming with wildlife. There are 10 summits above 500m with the highest of the range, Sawel Mountain, peaking at 678m (2,224ft).

The Sperrin Mountains are made up of metamorphic rocks which were deposited between 700 and 600 million years ago. The original rocks, mostly sandstones, mudstones and limestones, were changed by enormous heat and pressure caused by mountain building processes.

The last ice age has had a great impact on the Sperrins and the great ice sheets that covered the north of Ireland were probably at their thickest over the Sperrins. This area retained its ice sheet for a time after the retreat of the ice began – this has caused many of the present features of the Owenkillew Valley and the Glenelly Valley such as eskers. All of these eskers are of significant value and are exploited for materials for the construction industry.

As the ice retreated in the area, valleys were temporarily obstructed by ice sheets. This led to valleys filling with water which escaped into adjoining lowland. This often resulted in erosional features called glacial overflow channels. Found in many mountainous areas throughout Ireland, some of the best examples are in the Sperrins. Barnes Gap and Gortin Glen are two such overflow channels. 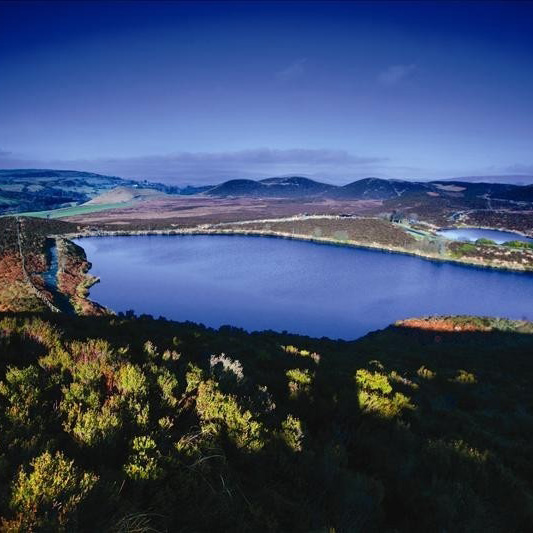 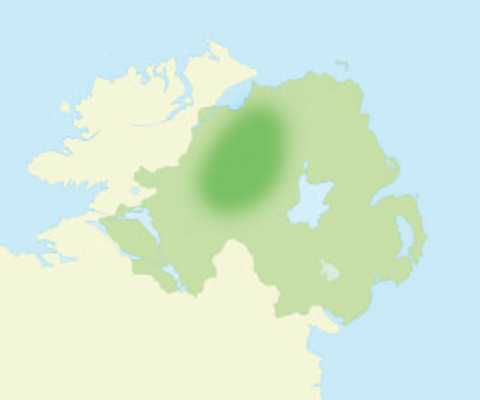 Translink run a Sperrins Rambler bus service all year round, Monday to Saturday. This service runs from Omagh to Magherafelt, right through the centre of the Sperrins and stops at Gortin an ideal starting point for many circular walks in the region.

From the summit of Sawel Mountain, the highest peak in the Sperrins, walkers can see as far as the Foyle Estuary and across Northern Ireland to Lough Neagh and the Mourne Mountains.

The Sperrins and Killeter Walking Festival runs on an annual basis. The festival offer walkers the chance to enjoy some of the finest walking and rambling across the rolling hills of the Sperrins, set against some of Ireland’s most picturesque scenery.

The Sperrin Mountains, stretching along the border counties of Tyrone and Derry, can best be decribed as wild, untouched and beautiful.

The variety of walking trails in this picturesque region is one of Northern Ireland’s greatest secrets.

This 2 day itinerary is ideal for keen hill walkers who want to explore the best of what the Sperrins have to offer using the rural village of Gortin as a base. 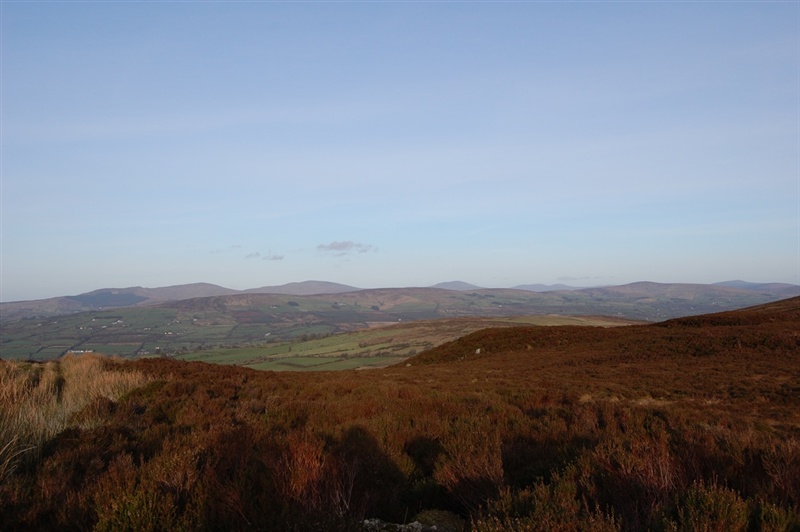 This is an excellent off-road hill walk opening up views of the Bluestack and High Sperrin Mountain ranges.

The name of this area comes from the 17th Century when Highwaymen or ‘Rapparees’ as they were known, met up to divide their spoils after raiding the postal carriages traversing this upland landscape.

Walkers can either set off from Gortin village along the Ulster Way path through Gortin Forest or begin their walk from the forest car park. 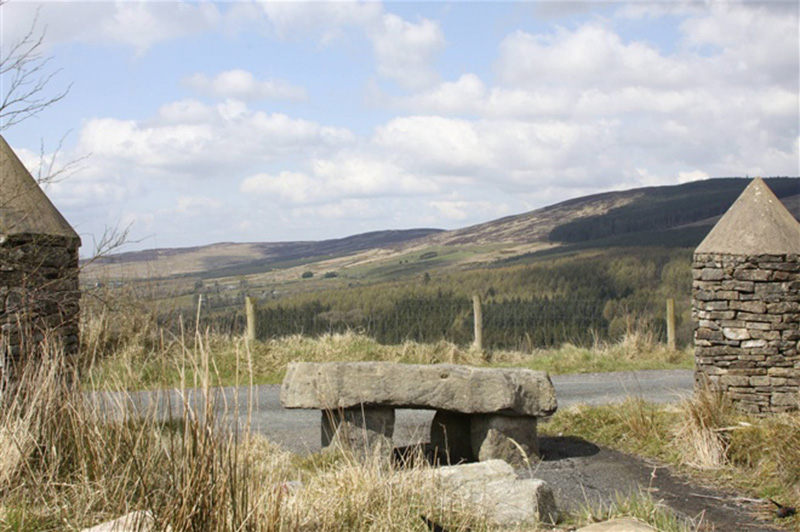 Such is the scale of Gortin Glen Forest Park, walkers will find it easy to spend the day exploring the various woodland and lakeside trails dissecting this magnificent landscape.

The Ulster Way runs out of Gortin Village and within an hour walkers will be at Gortin Lakes.

There is then the opportunity to use the forest paths to scale the south eastern slopes of Altaraven which offer spectacular views down through the valley and over to Tooles Rock.

Circular, 7.5 miles
The entire route is on road

Sorry, there are no current events.