From the southern end of the car park cross the main A2 road to reach a gate. Pass through and follow the path on the right hand side of the Bloody Bridge River.

Look out for the attractive stonework of the original Bloody Bridge. During the 1641 rebellion this was the scene of a massacre of prisoners on escort from Newry to Newcastle.

In common with most Mourne rivers, the Bloody Bridge River is a ‘spate river’: carrying little more than a trickle in dry weather, but swelling to a torrent during heavy rainfall. In addition, it occupies an outsize glaciated valley and its waters have eroded through a bank of glacial sand, boulders and gravel (called a moraine) to reach the sea. The exposed cliff-like face of the moraine is visible (left) upstream of the old bridge.

After 750m the path narrows and crosses a wooden footbridge at the confluence of the Bloody Bridge and Glen Fofanny Rivers before (in 50m) reaching the stile.

Beyond the stile the path picks its way upstream. After 400m look for an obvious slab of rock inclining towards a narrow section of river. Several conveniently placed boulders make this an easy crossing point. Continue upstream along the opposite bank.

After 80m the path climbs above the river’s course, twisting back on itself (seawards) along a broad track giving views across the valley.

View north. From this point Slieve Donard is largely hidden by the bulk of Crossone whose lower slopes form a watershed dividing the Bloody Bridge and Glen Fofanny Rivers. The long shelf of Leganabruchan borders Glen Fofanny on its northern side with the edge of Donard Wood just visible against the backdrop of Dundrum Bay.

Continue for 30m before turning sharp right onto a narrower track which zig-zags uphill. PLEASE KEEP TO THE ZIG-ZAG SECTION OF PATH AND DO NOT TAKE SHORT-CUTS.

Above the zig-zag, the path follows an old quarry track which extends 1.4km into the upper valley before skirting (right) along the north side of the quarry.

From a vantage point above the quarry the line of a disused railway leading to Carr’s Face on the slopes of Chimney Rock Mountain can be discerned. Large flat granite slabs were hewn from this area for use as ornamental stone or as foundation blocks in post-war construction works.

Beyond the quarry the path meets the Mourne Wall at 750m. From here Slieve Donard can be reached by following the Mourne Wall uphill for 1km to the tower on the mountain summit.

On a clear day the panorama from Slieve Donard is superb. In particular, note the continuation of the Brandy Pad further west and the scale of the quarry operation on the side of Chimney Rock Mountain – now vividly revealed from Donard’s viewpoint.

From Newcastle head south towards Kilkeel. Approx 1.86 miles (3kms) look out for a car park on the left hand side. This is Bloody Bridge car park and the starting point for this walk. 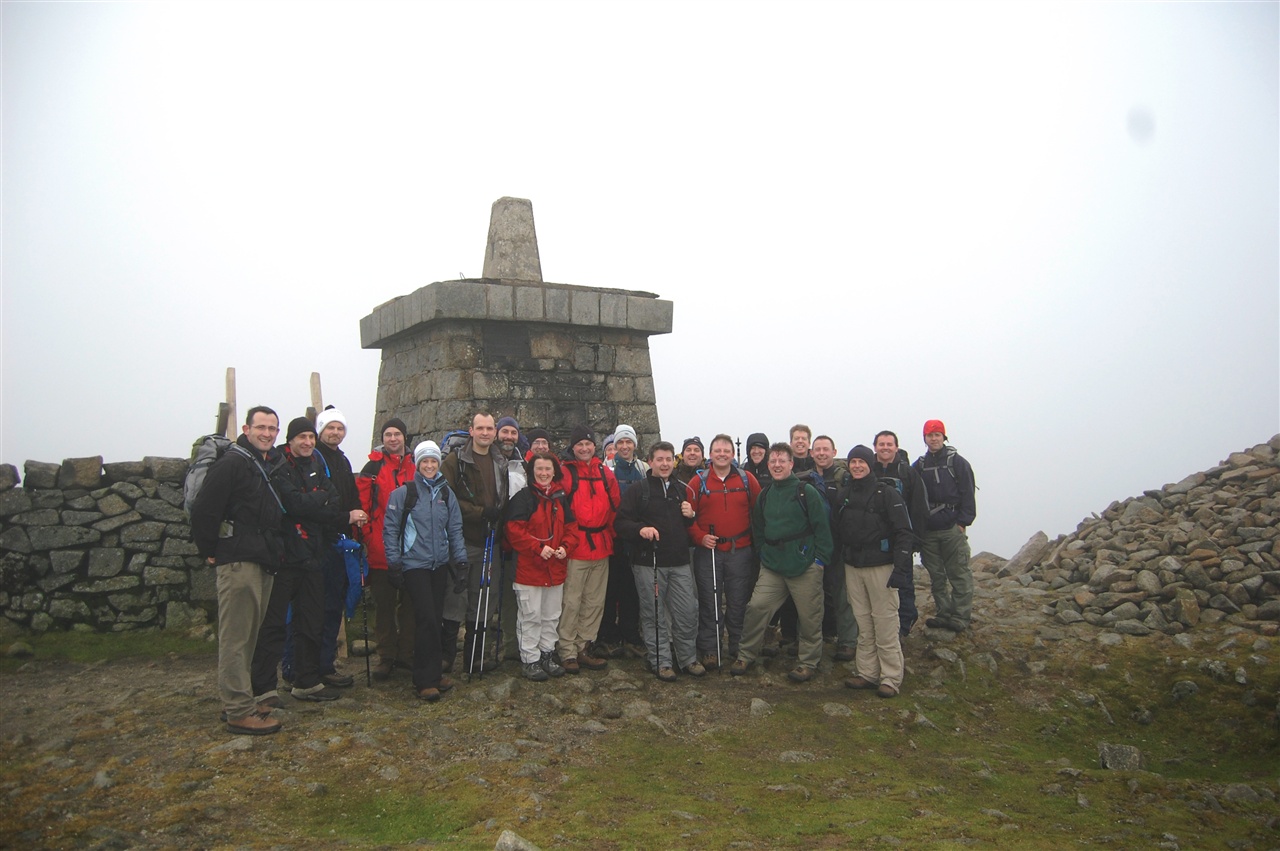 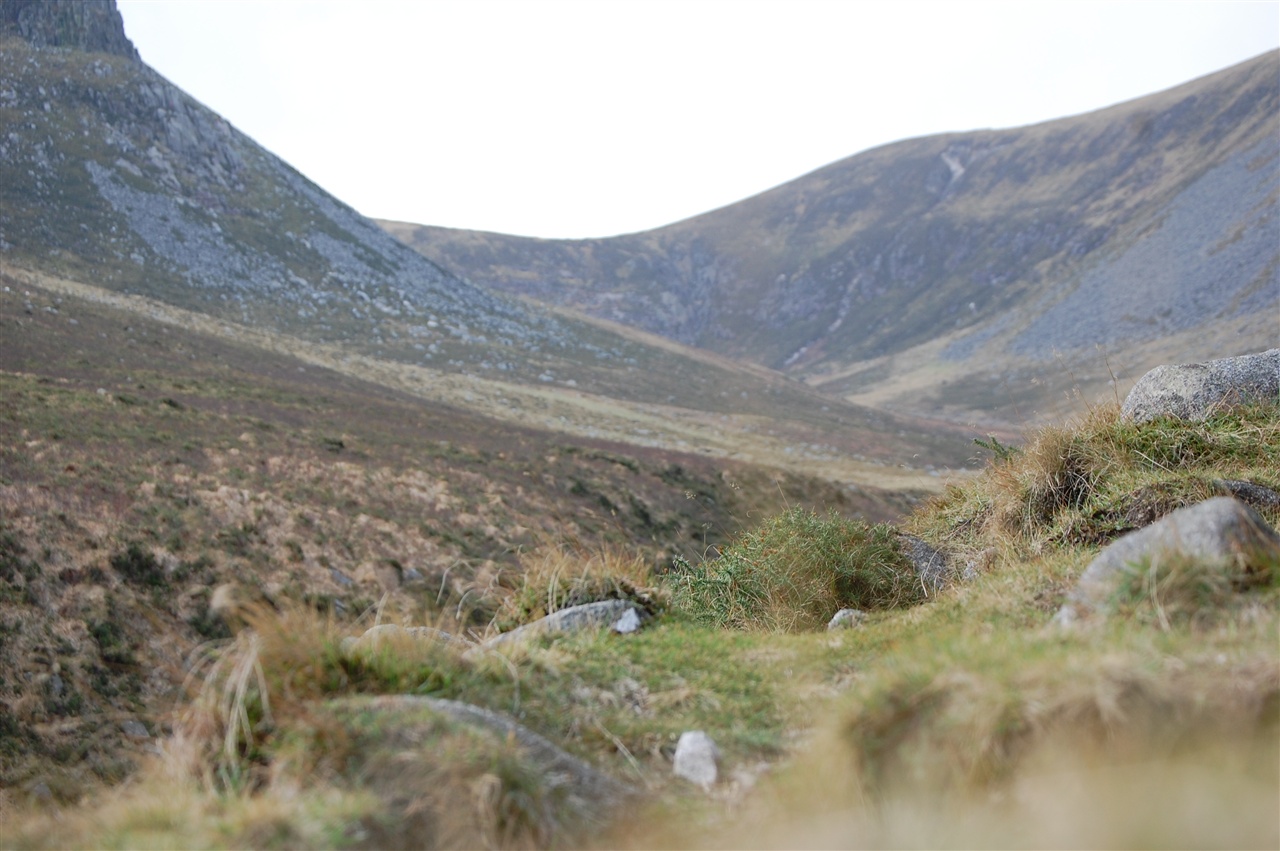