Continue down the boardwalks until you reach a gap in the dunes to the south which you can take in a great view of the Mournes Mountains.  This walk offers some great sights and beautiful scenery. You can look out over both Slieve Donard and Slieve Commedagh which are both mountains cared for by the National Trust. In the opposite direction you can see Dundrum Castle which dates back from the late 12th century and was a fortress built by John de Courcy. The woods you can see around this Castle are now managed by the National Trust.

Stop seven, brings you to the area that is home to colonies of the endangered marsh fritillary butterfly.  The marsh fritillary butterfly is a beautiful little fritillary which can be seen in flight from late May and June and spends the winter as a caterpillar. Sadly its numbers are declining all over Europe; the UK is considered a stronghold for this butterfly and it’s a priority species in Northern Ireland. The caterpillar feeds on devil’s bit scabious, a tall purple flowered plant in full bloom in late August and September. Devil’s bit scabious also provides a very valuable nectar source for other butterflies, particularly in late summer.

When you reach the yellow post marked 8, you’ll find ‘Tomorrow’s Heathland Heritage’ site with its vast array of bell and ling heather.  August is the month to appreciate the Murlough heathland in its full glory. Look for the two species of heather; bell heather and common heather or ling. Bell heather’s flower heads are purple and flower slightly earlier than the pink ling heather, making for an attractive contrast. Thousands of years of rain have washed out the calcium from the sand allowing for more acid loving plants to flourish. Bell and ling heather both grow on the older dunes and this unusual dune heathland is a priority habitat to preserve.

Turn left and follow the path to get good views of Dundrum Castle and the farmland that used to be a satellite landing ground for bombers during the Second World War.  The castle dates from the late twelfth century and was a Norman fortress build by John de Courcy.

Dogs must be kept under control at all times 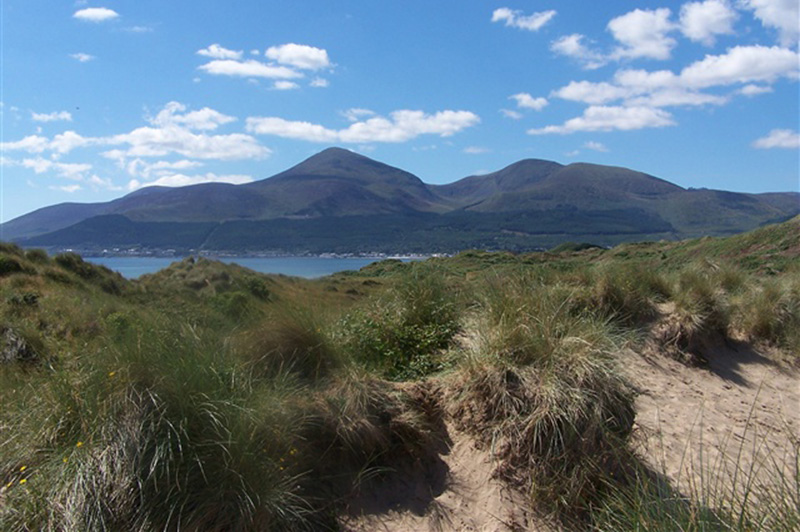 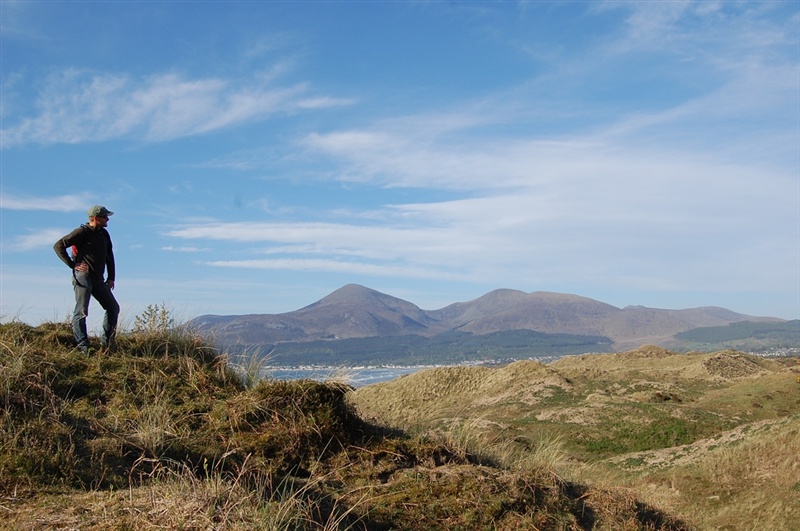 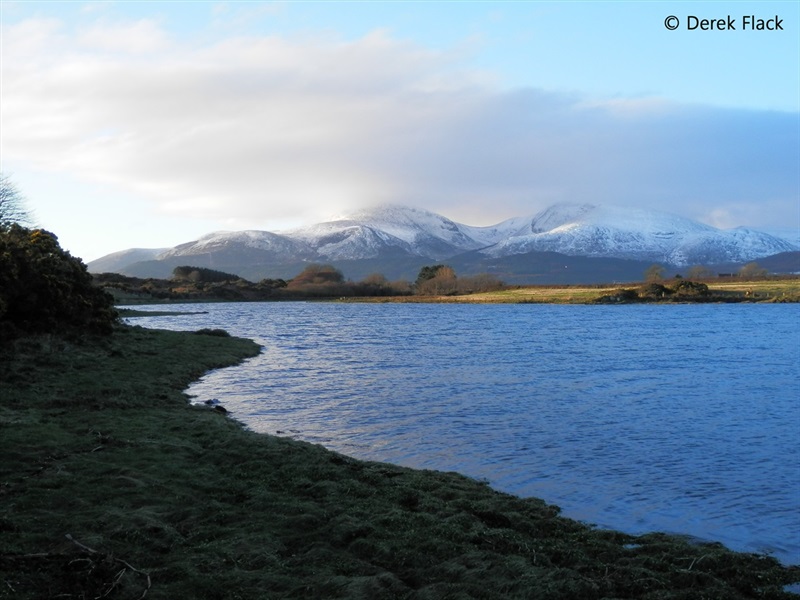 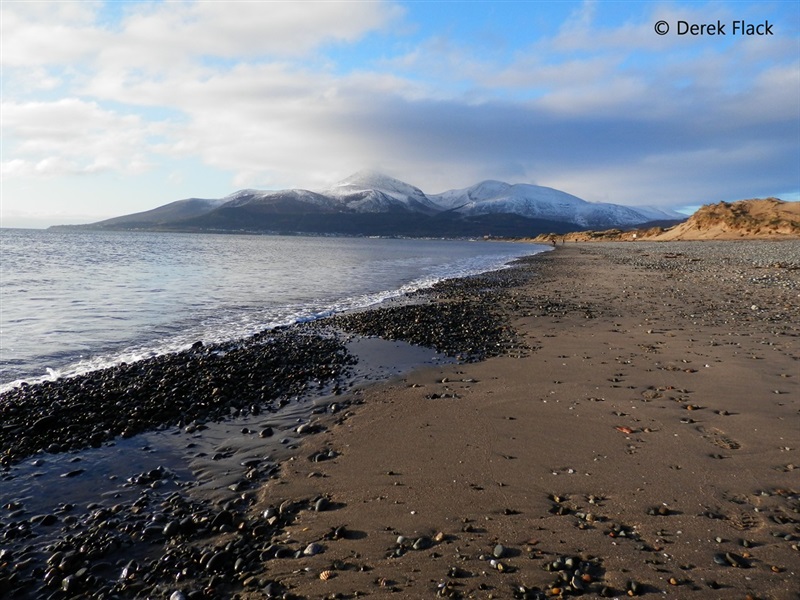