Leave the car park by its southern exit and take care crossing over the road to gain access to Bloody Bridge. Pass through the pedestrian gate and squeeze stile and follow the well worn track down the hill. This track forms part of the “Brandy Pad”, an old smugglers route. Brandy and other spirits, wine, spices, tobacco, tea, coffee, sugar and silk made their way to the secluded coves of the Mourne coast via the Isle of Man, which was outside the control of Customs and Excise at that time.

On your left you will see the Bloody Bridge, originally a ford. The name refers to a massacre at the site at the time of the 1641 rebellion. The bodies of slain prisoners were thrown over the bridge into the river, turning it red and so the river became known as the Bloody Bridge River.

Continue up the path as it slowly climbs the lower slopes of the mountain. You will notice some stone pitching which is there to reduce path erosion. The vegetation in the valley is principally dry heath, which is rare in a European context. Wet springs and flushes along the path are home to some unusual invertebrates, including the Keeled Skimmer, a nationally scarce dragonfly. Several noteworthy butterfly species have also been recorded, including the Green Hairstreak, the Dark Green fritillary and the Grayling. Higher up in the mountains look out for ravens, red grouse and peregrine falcons, and the Irish Hare.

Continue to follow the path as it follows the Bloody Bridge River uphill. Stop where the path crosses the river and retrace your steps to get back to the car park.

The Bloody Bridge trail is situated on the fringe of the Mourne Mountains by the Irish Sea, 3 miles south of Newcastle on the A2 Newcastle to Kilkeel road. 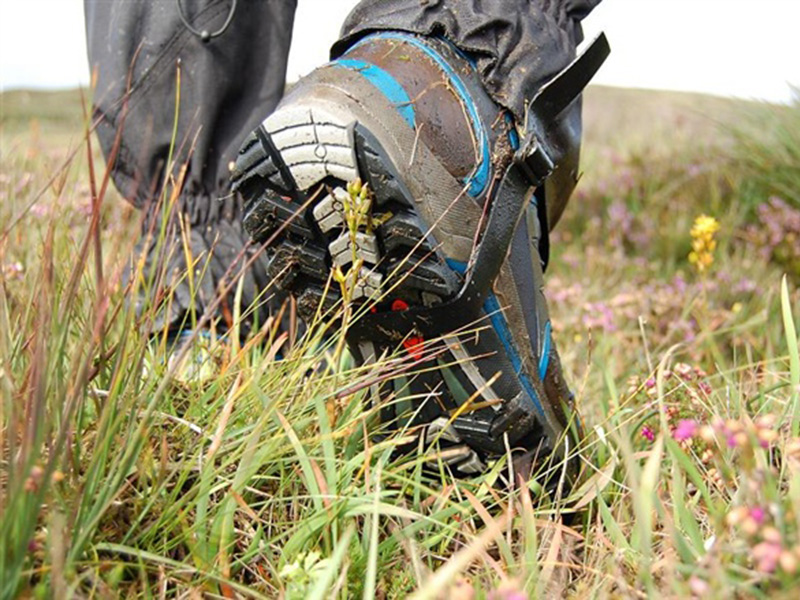