(One review) on “Annalong Coastal Path”

At the start of this walk take time to visit the Annalong Cornmill (open during summer months) situated at the picturesque Annalong Harbour. This shoreline walk takes in magnificient views of the Mourne Mountains.

From the car park at Corn Mill Quay, set off towards the Corn Mill and descend to the left beside the clucking millstream to the harbour built around a natural rocky cove. Follow the shore around to the left and continue past the houses and into the open countryside via the path.

Elegant views of the Mourne Mountains are to be had as the path winds its way along the rocky shore. Much of these rocks are Mourne granite, polished square cut granite blocks may often be seen on the shore, these have been washed round from the other side of the harbour where there is a granite cutting yard.

As the path reaches the bays of Arthur’s Port and Springwell Port, birds such as curlew and oystercatcher may be seen foraging on the shore alongside redshank and herring gulls. These bays were bases in former times for fishing from the nearest dwellings. Watch out for playful seals popping their heads above the water in the bay.

Yawls were launched from the beach to reap the autumn herring harvest. The route then curves round the bay at Springwell Port and stops short of Mullartown point to the north and returns to Annalong village via the same route.

Dogs are allowed. To be kept under control

Toilets at Marine Park and refreshments in the village. 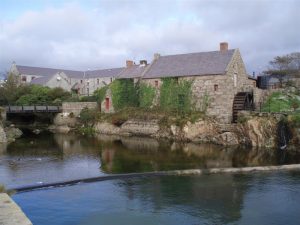 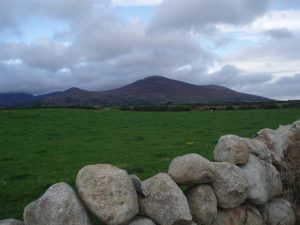 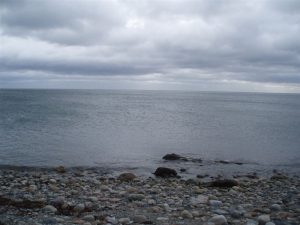 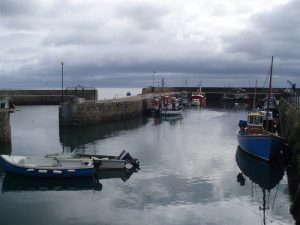